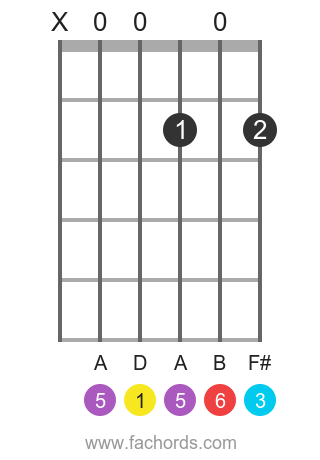 The D Major Sixth chord is made up of the Root, Major Third, Perfect Fifth, and Major Sixth

The notes in this chord are D, F#, A, and B.
Adding the sixth to a major chord creates a chill sound that you can use in easy and relaxed songs. 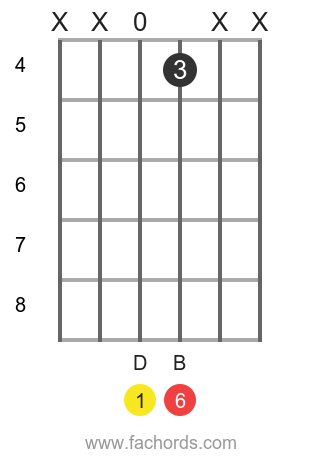 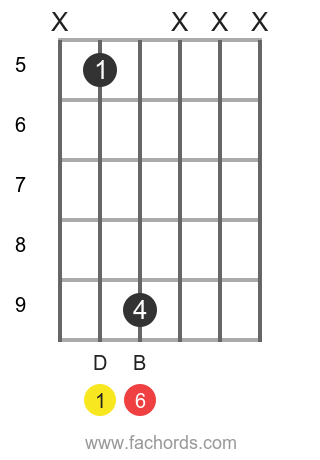 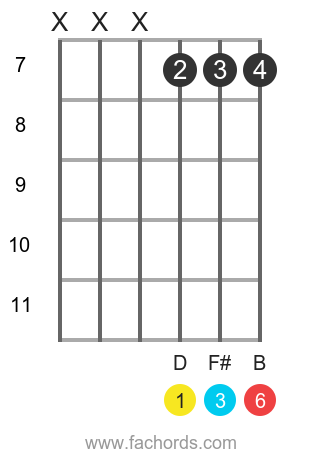 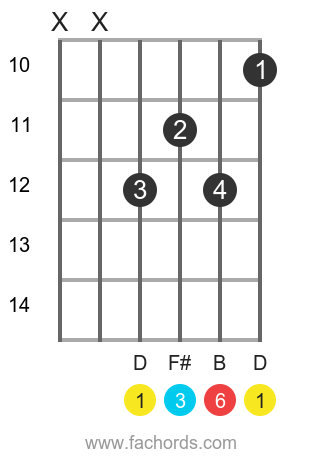 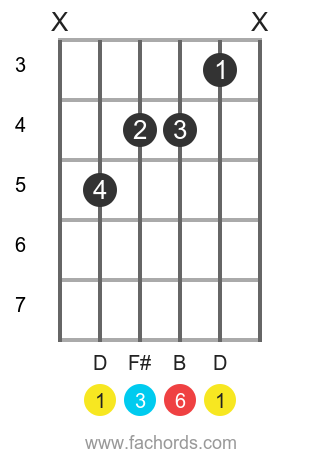 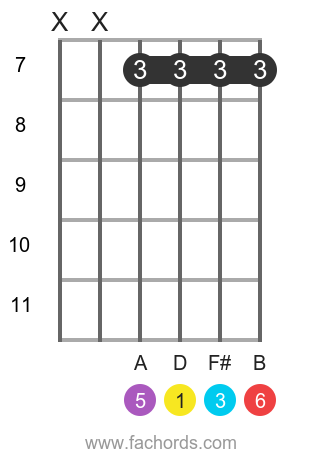 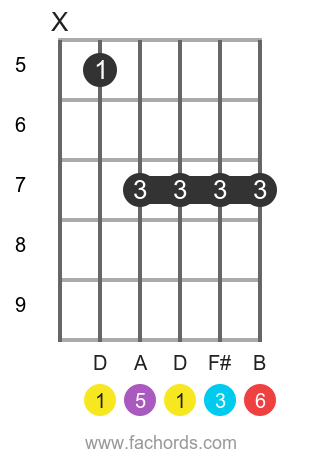 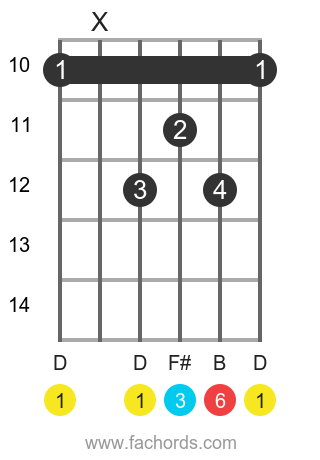