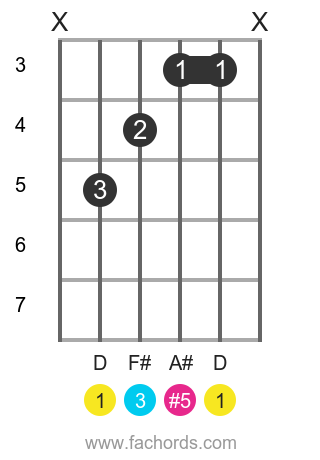 The intervals in the Daug chord are Root, Major Third, and Augmented Fifth

The D Augmented Fifth chord is spelled in the following ways:

The notes in the D Augmented Fifth chord are D, F#, and A#

Tones in the Augmented Fifth chord: 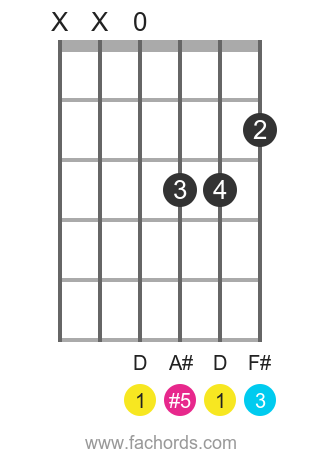 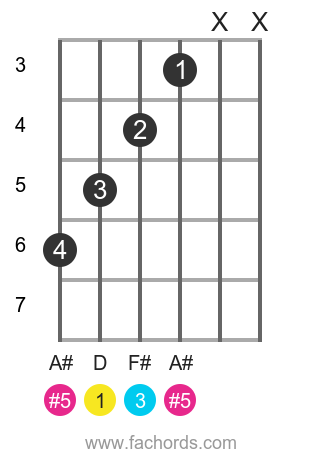 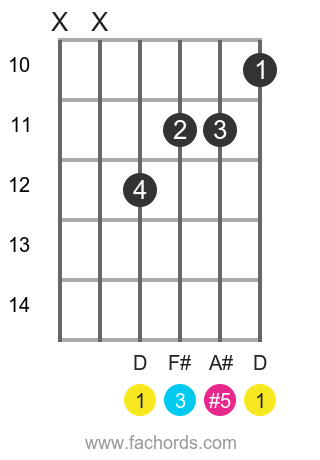 This fretboard map shows you the tones in the chord all along the neck. You can play this chord by choosing some of the chord tones.